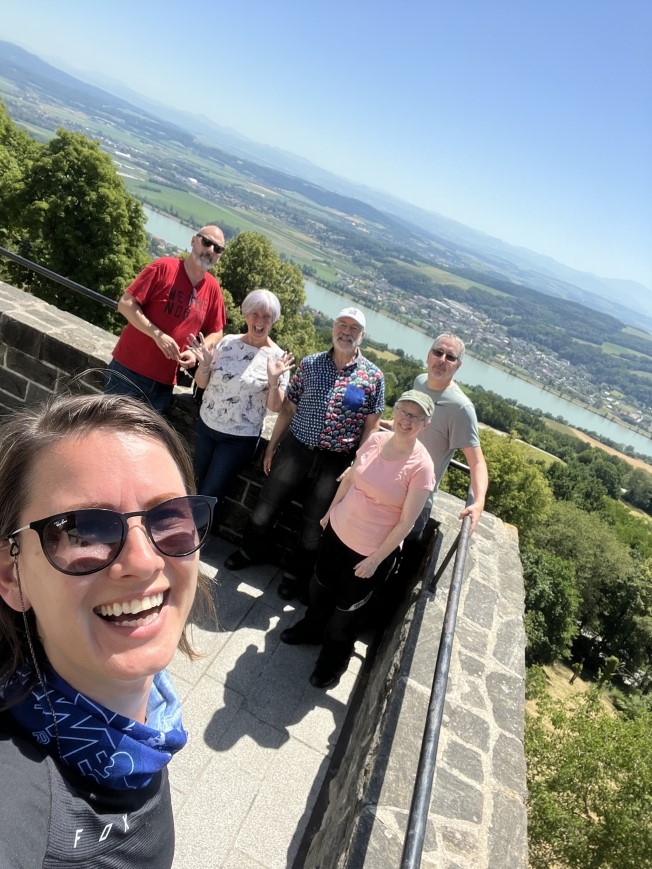 Paul and I start the tour with a walking tour thru the capital city of Austria, Vienna.

The birthplace of classical music, spectacular baroque architecture and lots of the best museums.

We start at the Stephansdom, we went up to the north tower of the gothic building from the 12. Century.

From there we walk to the famous Spanish riding school an institution to preserve the classical dressage and training of the Lipizzaner horses. Next to it we went into the national library, founded by the Habsburgs it collects 12 million items in its various collections so it’s the largest library in Austria.

After we left the capital city of Austria, Vienna we reached the lovely winery area the Wachau.

With the vineyards all around us, we ride this romantic chapter up and down to the Danube where we took the ferry to cross the river. Along the riverside we get nice fresh air for cooling us down at the heat of this day.

Our next stop a beautiful baroque church Maria Tafel built in 1660, gives us a great overview around the Wachau and the Danube. Into the forested quarter with a nice shade and winding roads we continue our ride to the Czech border, the buildings from the old border are still there but since the Czech Republic joined the Schengen Agreement its not in use anymore.

Right after the border not far away anymore we arrive Budweis where a fresh tapped cold beer awaits us, what else ;P

From Budweis not far away the picturesce world heritage city Krumlov with the 13. Century buildings and it’s huge castle is too nice for not stopping and have a little walk.

After this short stop we go back on the road and ride into the Bohemion forest, with the narrow and many twisties it’s a paradise for motorcyclists. And we are lucky the rain just comes short and not so much so we can enjoy it to the fullest.

From there on we pass many small villages on narrow roads, coming to one of the main roads and hit by a heavy rainstorm we arrived the wonderful and crazy capital city of Czech Republic Prague where we stay for the next two nights.

A short restday loop in the south of Prague, offers us today a castle and nice little roads.

The castle Karlštein is the most famous in Czech Republic, except other castles it should be used as treasury it took 10 years to complete the building, which is founded in 1348.

Our Ride up There is Just Pure Fun.

We are back early, and have enough time to visit Prague right next to our Hotel is the Museum of National History it’s from 1818 and exhibit natural scientific and historical collections. From here we walk on the Wenceslas square, a horse market place in the middle age and now the main square of the city to the Powder tower one of the remaining original gothic city gates from 1475 what separates the Old Town to the New Town.

On the riverside we head to the Charles bridge a medieval arch stone bridge first built in 1158-1172 but badly damaged by a flood in 1342, rebuilt in 1357 and finished in the 15. Century.

Thru a small crowded alley into the Oldtown we go, to see the third oldest astronomical clock of the world from 1410 and it’s the oldest still in operation. We are here right in time to see the hourly show of moving apostles and other figures, a skeleton that represents the death striking the time and a calendar dial with Medaillons representing the months.

At the old town square we end up in our restaurant with a traditional Czech meal and of course a cool beer. 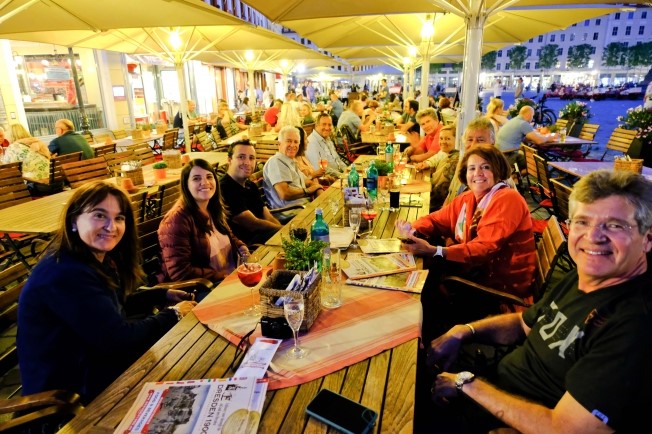 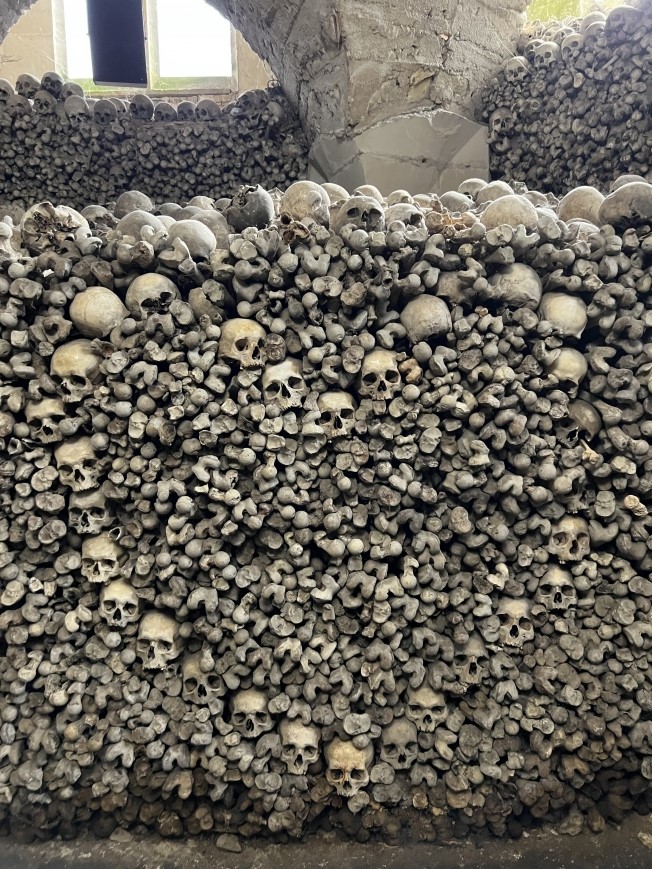 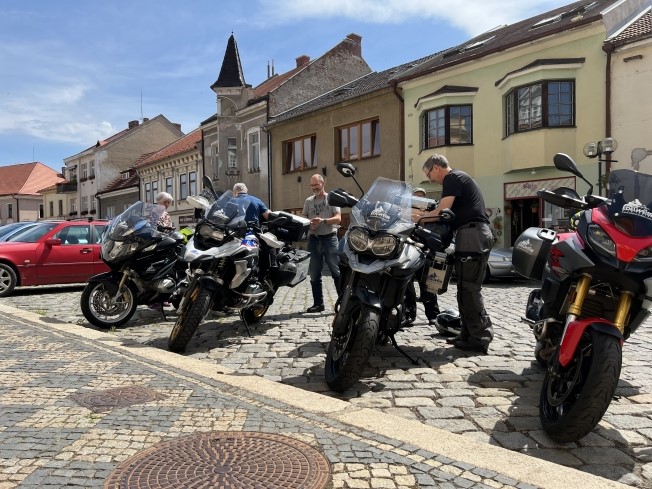 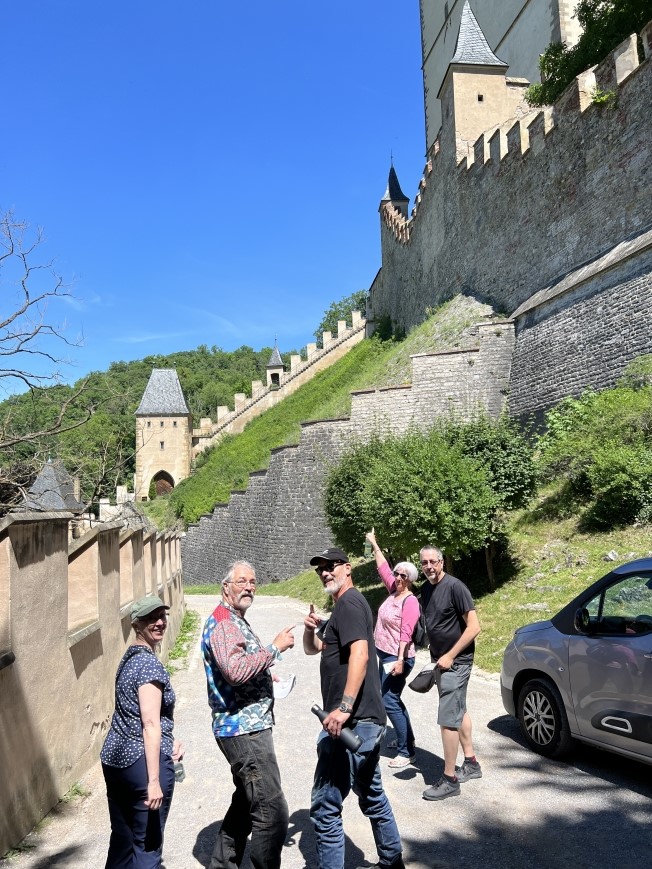 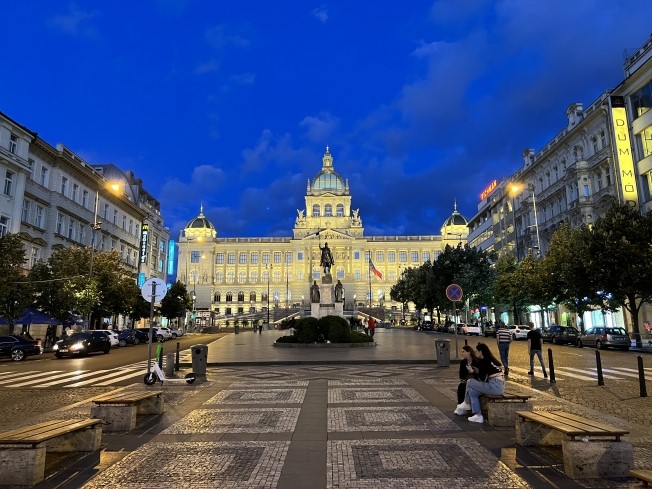 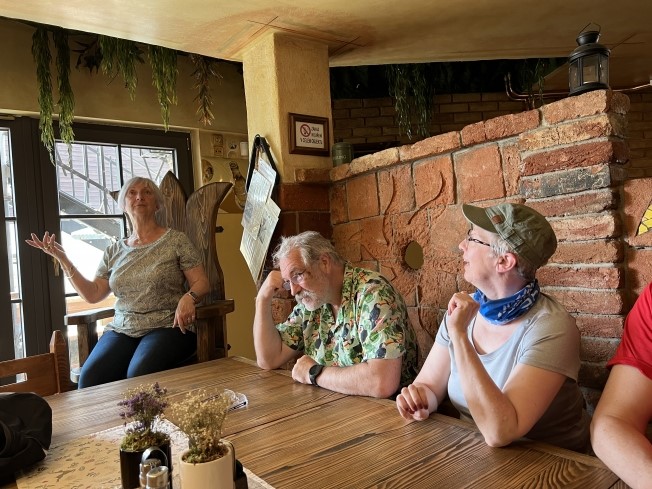 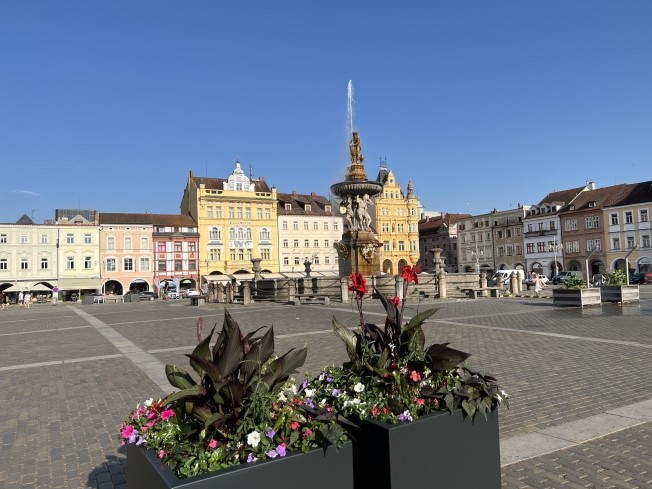 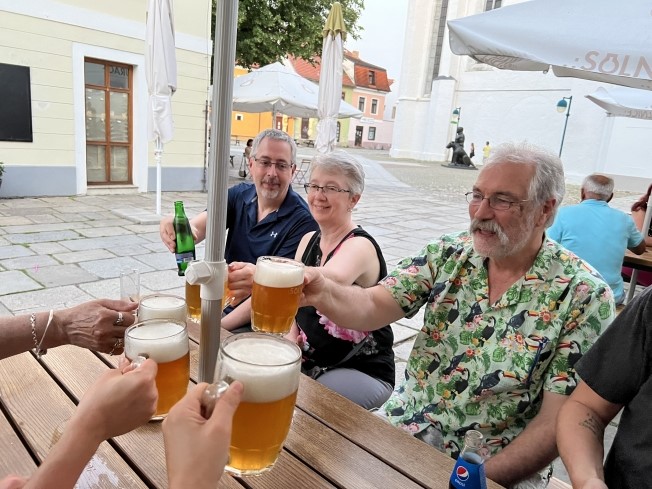